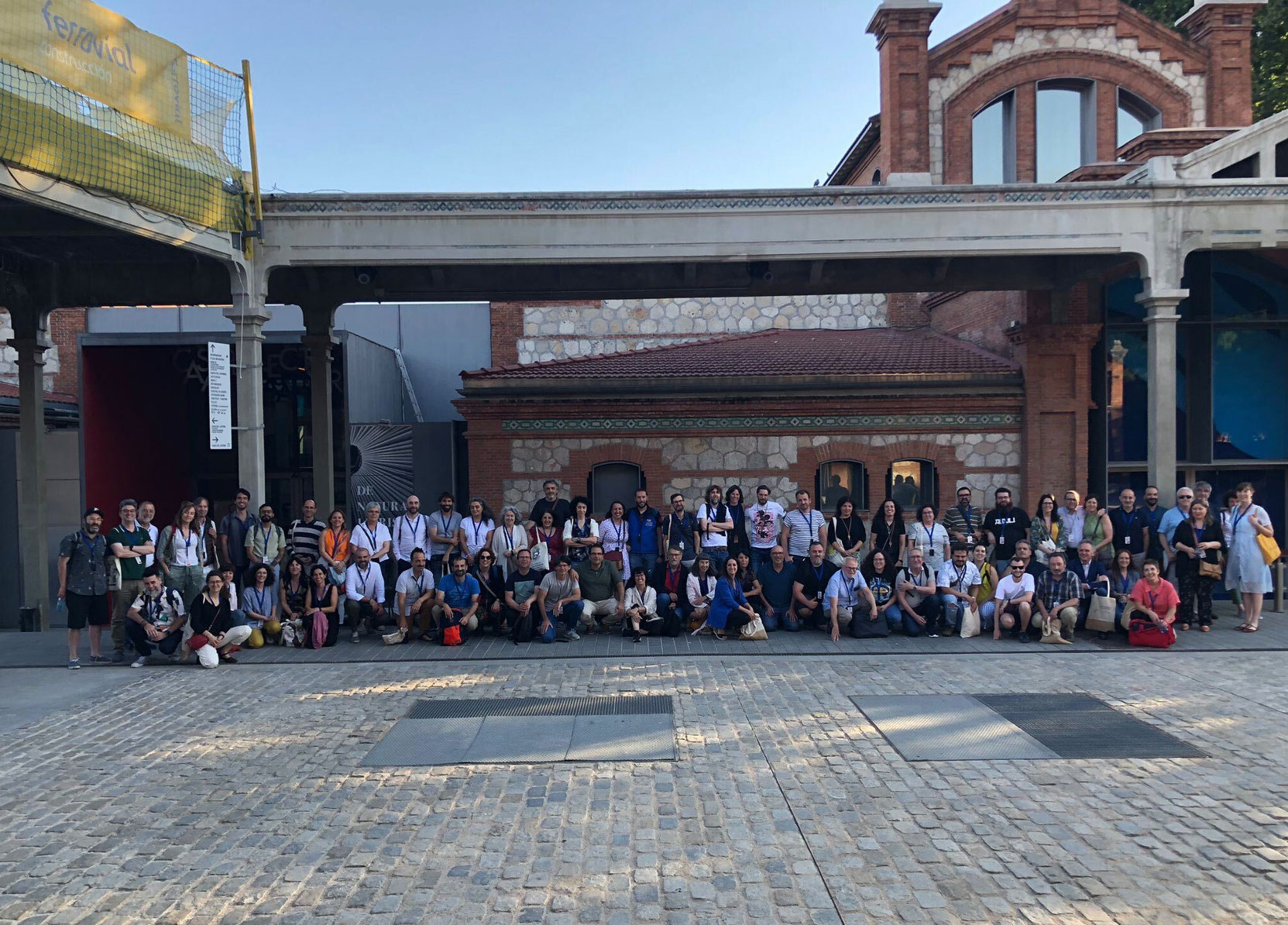 A celebration of bookselling diversity at CEGAL 2022 event

The 25th edition of CEGAL’s Bookselling Congress (Congreso de Librerias) was held between 22-25th June at the Casa del Lector in Madrid, Spain. With the slogan “A thousand worlds, one universe” the aim of the Congress was to showcase the diversity of the Spanish bookselling landscape, while giving them a space to address common challenges, discuss practical solutions and present opportunities to ensure the sector’s continuous growth and development.

Over the course of two days, we followed a series of panels and workshops addressing priority topics for Spanish booksellers.

Day 1: How can we ensure bookshops are supported?

The Congress kicked off with a panel introducing the Spanish Recovery and Resilience plan and its direct support for the book sector. Maria José Galvez, Director of Books and Reading Promotion at the Spanish Ministry for Culture & Sports, gave a detailed explanation of the opportunities available both through the Spanish recovery plan as well as through the Spanish government’s own resources. These include, among others, easier access for smaller bookshops to public contracts, a reading promotion plan, the introduction of a cultural voucher and the prioritisation of vocational training for bookselling.

The following session introduced the results of a “mystery shopper” study, which analysed customer service trends in Spanish bookshops. Overall, booksellers scored very well, proving their dedication in providing the best possible experience for buyers. However, the results also showed some room for improvement, namely on booksellers’ correspondence over the phone.

The morning ended it with a debate on booksellers' chances in securing public contracts with libraries. EIBF’s Policy Advisor, Daniel Martin Brennan, gave a presentation on the process of booksellers securing public contracts across different European countries, highlighting that there is a general concern about the lack of inclusion of smaller bookshops in the process across Europe. However, such opportunities are still strongly influenced by national legislation and national, as well as regional, specificities.

RISE Bookselling was also introduced to the Spanish bookselling audience, who expressed interest in all the activities the programme has to offer, such as the booksellers’ exchange opportunities, their participation in international events and the first ever pan-European and international Bookselling Conference.

For the afternoon session, we were joined by bestselling author Joël Dicker, who was there to present his new book “The Case of Alaska Saunders”. He highlighted the crucial role of booksellers in the book value chain and wished all the attendees a summer full of sales. He even had time to sign a few copies of his new book, which we of course took advantage of!

We then moved to the workshop sessions, which covered a topic many booksellers will admit being scared of: the sale of manga in their bookshops.

With a huge surge in sales across Europe, including the Spanish book market, manga specialist Oriol Estrada Rangil – also known as «Capitán Urias» – provided a detailed historical overview and analysis of this fascinating genre, which is here to stay!

Day 1 ended with an informal conversation among Spanish and German booksellers, who were joined on stage by two Spanish authors with German translations, to discuss translation opportunities and future cooperation for the sector, in light of Spain being a Guest of Honour at this year’s Frankfurt Book Fair.

Day 2: A turning point for the bookselling industry

After a long and productive day, we were ready for more!  Day 2, the final day of the Congress, started off with a presentation by Jesús Trueba on TodosTusLibros: a platform run by indie booksellers that is on the rise in Spain and promises to be revolutionary in process of bookselling. Trueba presented changes and improvements to the platform for the benefit of booksellers and customers alike.

This panel was followed by an insightful analysis by bookseller Enrique Pascual on the best retail model for booksellers in the years to come: a hybrid bookshop. He highlighted the value of brick-and-mortar bookstores and their crucial role in connecting to and interacting with readers, while also emphasizing their need to lean on new and helpful digital tools & innovation to help their bookshops grow and keep up to date with consumer needs.

The last panel of the day brought a stark reality into light, as the challenges and inefficiencies of the sector were dissected. The panel was quick to pinpoint the main culprit: too many new titles and a growing increase in returns. With the ongoing climate change crisis, the rise in inflation and the increasing energy costs, the current model is not sustainable. What is the alternative? Slowing down and prioritising quality over quantity, it seems. Overall, it was an inspiring and fruitful congress packed with debates, challenges, discussions and opportunities for the sector. But most importantly, it was a moment of rediscovery, reconnecting and sharing the passion for bookselling.

The Congress also benefitted from the participation of an international bookseller from Guatemala (Libreria SOPHOS), who was able to engage with fellow booksellers in Spain over common priorities thanks to RISE Bookselling.

We look forward to our upcoming RISE international event at the Rencontres nationales de la librairie (RNL) in Angers,France, as well as CEGAL’s next Bookselling Congress in Pamplona, in 2024.

Published by Jasmina Kanuric in Tips

Hey there, this is the default text for a new paragraph. Feel free to edit this paragraph by clicking on the yellow edit icon. After you are done just click on the yellow checkmark button on the top right. Have Fun!

We use cookies on our website to give you the most relevant experience by remembering your preferences and repeat visits. By clicking “Accept All”, you consent to the use of ALL the cookies. However, you may visit "Cookie Settings" to provide a controlled consent.
Cookie SettingsAccept All
Manage consent

This website uses cookies to improve your experience while you navigate through the website. Out of these, the cookies that are categorized as necessary are stored on your browser as they are essential for the working of basic functionalities of the website. We also use third-party cookies that help us analyze and understand how you use this website. These cookies will be stored in your browser only with your consent. You also have the option to opt-out of these cookies. But opting out of some of these cookies may affect your browsing experience.
Necessary Always Enabled
Necessary cookies are absolutely essential for the website to function properly. These cookies ensure basic functionalities and security features of the website, anonymously.
Functional
Functional cookies help to perform certain functionalities like sharing the content of the website on social media platforms, collect feedbacks, and other third-party features.
Performance
Performance cookies are used to understand and analyze the key performance indexes of the website which helps in delivering a better user experience for the visitors.
Analytics
Analytical cookies are used to understand how visitors interact with the website. These cookies help provide information on metrics the number of visitors, bounce rate, traffic source, etc.
Advertisement
Advertisement cookies are used to provide visitors with relevant ads and marketing campaigns. These cookies track visitors across websites and collect information to provide customized ads.
Others
Other uncategorized cookies are those that are being analyzed and have not been classified into a category as yet.
SAVE & ACCEPT